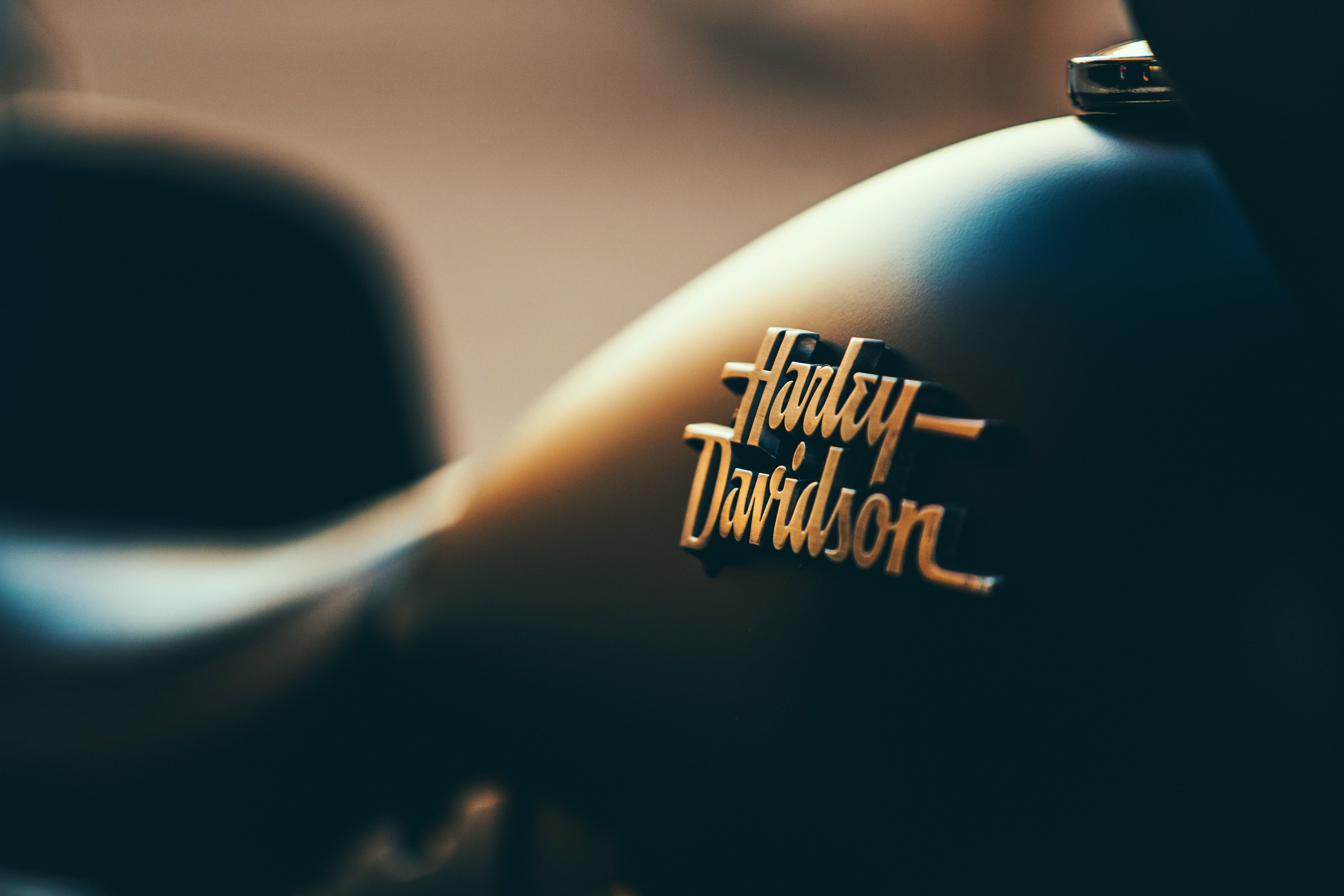 When I was 25 years old, Hunter S. Thompson was my favorite author, hands down. His seemingly reckless approach and emphasis on living life for the moment resonated with me that year.

I appreciated the sentiment that we don’t know how much time we’ve got left, so we better be enjoying ourselves now. Hell’s Angels by Hunter S. Thompson is a crafty piece of literature with some real solid journalistic research to it.

Not only did Thompson offer the idea of living in the moment through his writing, but he seemed to have embodied that very idea with his lifestyle. His time spent with California’s Hell’s Angels motorcycle club was a testament to that embodiment, and his perspective on the club’s role in the history of our country at that time provides some very interesting insights that are still relevant today.

In this review, I’ll visit some of those insights and discuss Thompson’s perspective. I’ll also provide my brief commentary on how each insight might apply to today’s social, political, and cultural atmosphere.

As always, my purpose is to provide information but also to spark conversation. I welcome comments on both Thompson’s ideas and my own and would love to start a dialogue. Comment below or send me a message directly!

Idea 1: It’s easy to feel unwanted in your own country.

Thompson opens the book with this quote from Francois Villon:

“In my own country I am in a far off land. I am strong but have no force or power. I win all yet remain a loser. At break of day I say goodnight. When I lie down I have a great fear of falling.”

The Hell’s Angels were certainly a group of outlaws and outcasts in their own country. They came to infamy in the 1960s. America at the time was wrought with controversy and protest. The hippy movement was in full swing, Ken Kesey’s acid experiments were taking place, and many were upset with the status quo.

This is not all too foreign to the situation we see in our country now, almost 60 years later. We have children that have grown up here their entire lives being threatened with deportation. We have honest, hardworking citizens being profiled because of the way they look or as a result of their faith.

We have young people feeling so distraught and so lost that they somehow feel it’s productive to walk into a school with a semi-automatic weapon and mow down their peers.

We have our differences. But we also have our similarities. Because American is the melting pot that it is, those differences need to be celebrated. And we need to remember that we are all part of the human experience.

We are all trying to experiment with our passions, make a comfortable living for our families, and find love.

The old adage, “Live and let live,” certainly comes to mind, and I’ll leave this section with a quote from an Angel speaking for the permanent record:

Idea 2: Understanding that which is different is difficult.

Thompson chooses to insert this quote from A.J. Liebling early in the book:

“A good reporter, if he chooses the right approach, can understand a cat or an Arab. The choice is the problem, and if he chooses wrong he will come away scratched or baffled.”

Thompson himself embarks on a truly amazing reporting assignment in his time spent with the Hell’s Angels Motorcycle Club. His ability to adapt and connect with the club is largely a result of his own rebellious nature. At the time, the national media was finding every opportunity to classify the Angels as “terrorists”, to condemn their actions, and to push for legislation against motorcycle “gangs.”

Here’s a quote from True, The Man’s Magazine published in August 1965:

“They call themselves Hell’s Angels. They ride, rape and raid like marauding cavalry — and they boast that no police force can break up their criminal motorcycle fraternity.”

Much of America at the time didn’t understand these ‘rogue motorcyclists.’ But Thompson was in a unique position to shed light on the inner workings of the club, given his own penchant for riding.

He shows us, through his writing, how difficult it was for the majority of people to understand the actions and attitudes of the Angels, but he also makes clear that many failed to take the time to truly try to understand.

Media accounts of skirmishes related to groups of Hell’s Angels were wildly embellished and a campaign of fear was quite effective. This is not all too unfamiliar to us in today’s world. Governments and organizations continue to use campaigns of fear to persuade us into blind compliance.

We have more information at our fingertips, via the Internet, than was available in the 1960s, but we still must be careful to find trustworthy sources.

Idea 3: We can invent a version of ourselves that allows us to avoid the pain of actually being ourselves.

This is an idea that runs through many of Thompson’s books and is exemplified by this quote from Dr. Johnson:

“He who makes a beast of himself gets rid of the pain of being a man.”

From what I know about Hunter S. Thompson himself, it seems he almost lived by this principle. He and the Hell’s Angels seemed to embrace the idea that the world can be difficult and existence can be a struggle.

In summarizing the Angels, Thompson writes:

“Now, looking for labels, it is hard to call the Hell’s Angels anything but mutants. They are urban outlaws with a rural ethic and a new, improvised style of self-preservation. Their image of themselves derives mainly from Celluloid, from the Western movies and two-fisted TV shows that have taught them most of what they know about the society they live in. Very few read books, and in most cases their formal education ended at fifteen or sixteen. What little they know of history has come from the mass media, beginning with comics . . . so if they see themselves in terms of the past, it’s because they can’t grasp the terms of the present, much less the future.”

Thompson’s perspective here is certainly interesting, given his own ‘mutant’ status. But I think he makes a very interesting point about how we build our models of the world we live in based on our education and experiences. If we haven’t lived a situation, in many cases it is very difficult to imagine and truly understand that situation.

Idea 4: Immersive journalism can be dangerous

In the postscript of his book, Thompson writes:

“On Labor Day 1966, I pushed my luck a little too far and got badly stomped by four or five Angels who seemed to feel I was taking advantage of them. A minor disagreement suddenly became very serious . . . The first blow was launched with no hint of warning and I thought for a moment that it was just one of those drunken accidents that a man has to live with in this league. But within seconds I was clubbed from behind by the Angel I’d been talking to just a moment earlier. Then I was swarmed in a general flail.”

We have seen countless, unfortunate examples of this in our modern world. Journalists captured and tortured in foreign countries. Captured and tortured for trying to understand and report the truth. The truth. We still seem to be holding onto the notion that we can control the narrative.

By controlling the flow of information, the most powerful people in the world exercise the greatest control over the masses that they can. But the world is changing.

Where Have We Gone Since Then?

And Where To From Here?

The Internet is arguably the greatest technological development since Thompson’s time. Our access to information and our ability to communicate across great distances is greater than ever before. It is harder and harder to control the flow of information in order to control a population.

But what we do with this newfound access to information and ability to communicate remains to be seen. Can we communicate to better understand each other and, in the process, ourselves? Can we sort through the mass amounts of information on the Internet to find the truth?

In the grand scheme of history, the Internet and our use of it is still in relative infancy. Our growth in using this newfound power to better the lives of our global community is a process.

But understanding that this is the process, coming to a more empathetic approach towards our differences, and improving the education for all citizens are a few things I feel to be essential to our positive evolution.

You Can Find It On Amazon!

He also has an amazing selection of additional books, including Fear and Loathing in Las Vegas, Generation of Swine, and The Rum Diary. If you’re interested in more of my writing, feel free to check out my collection of short essays!

As I mentioned earlier, I’d love to hear from you! Please leave a comment below if you are inspired, perplexed, saddened, or angered by any of the ideas presented above. I welcome any and all comments and will do my best to respond in a timely fashion. 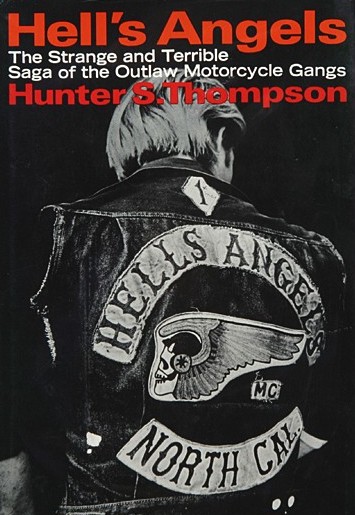