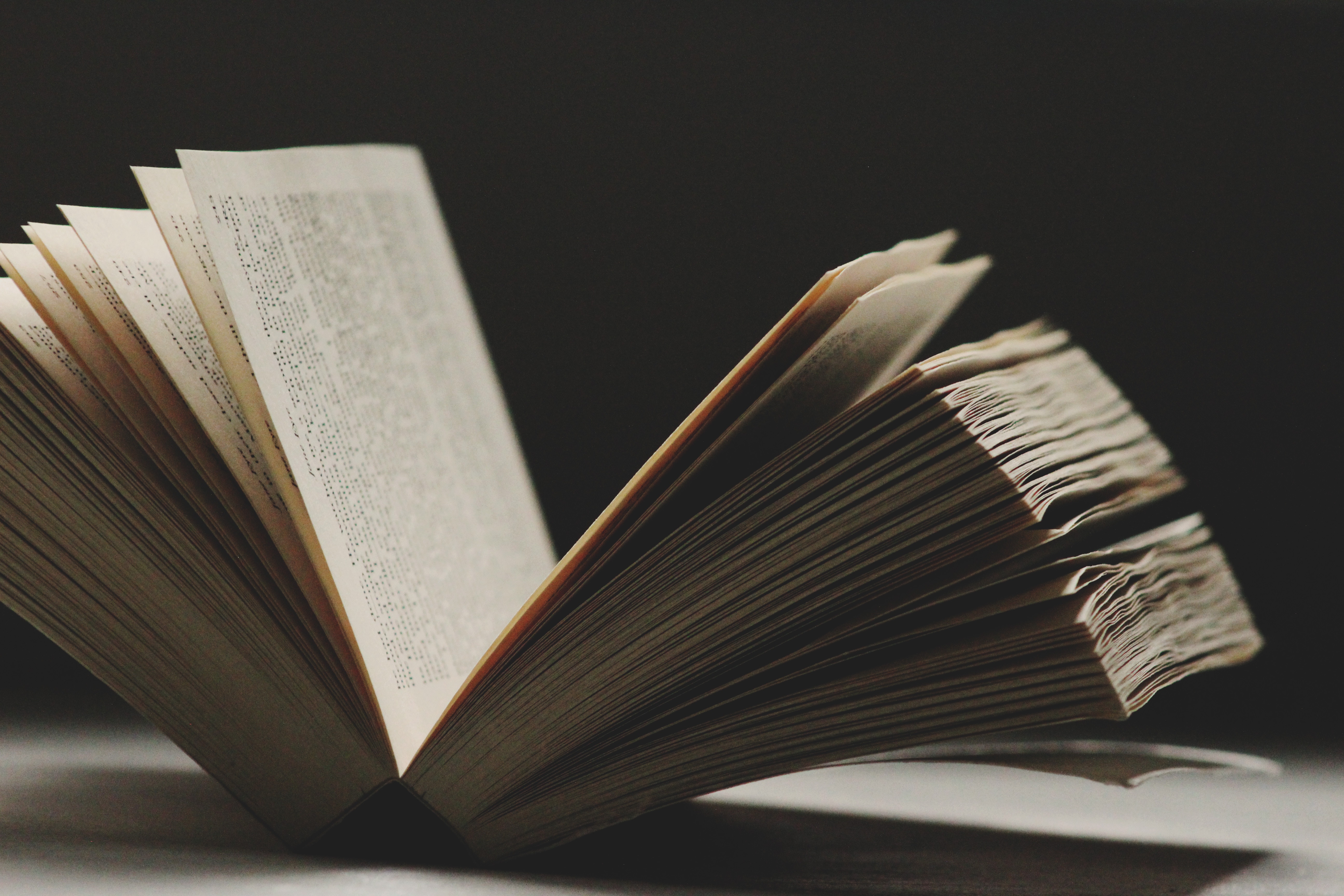 I like to read a lot of different types of books, but I have undoubtedly been harboring a bit of a man-crush on Robbins since I was first introduced to his writing. So that’s why I’ve decided to compile a brief review on the best Tom Robbins books I’ve read!

If you’re not familiar with Tom Robbins, you should honestly get familiar, and quick! He has an unquestionable place among my favorite authors, among such names as Edward Abbey, Hunter S. Thompson, and J.R.R. Tolkien. Since I first got my hands on his writing I’ve read at least five of his selections.

I was living in a 28-foot RV with my brother and our Husky Zeke when I first came across his work. We had spent the Christmas holiday parked on a family friend’s ranch property in Ramona, California and we were preparing to hit to road for a family reunion in Palm Springs. As a parting gift, our family friend gave me his copy of Jitterbug Perfume.

As a disclaimer, each of Robbins’ books has taken a bit to really grab my attention. But it’s always somewhere around that 60-100 page mark where the hook is set and I can’t put the book down. So, in the age of instant gratification, I ask you to be patient with whichever Tom Robbins book you pick up next. It’ll be worth it.

The Sweet Smell of Jitterbug Perfume

Jitterbug Perfume is a story that intertwines the lives of several strangers living throughout the world. The tale begins with an ancient Bohemian King who is set to be put to death by his people because he has eclipsed the “acceptable” age to remain a king.

This has been the way of his people for centuries. Every time a king shows the first signs of aging, i.e. gray hair, injury, or inability to perform, he is brushed aside to make way for the next ruler.

This king, however, doesn’t want to accept the fate that has befallen his predecessors. He schemes, along with the help of his closest handmaiden, to fake his death and become a common peasant in the next village over, where he is completely unknown.

But as he continues to age, his obsession with escaping death only intensifies and he goes on a quest in search of a path to immortality.

What ensues is a colorful, insightful tale with themes of life and death, the power of scent in recalling our most powerful memories, and the secret healing powers of a common root vegetable: the beet.

Here is one of my favorite quotes from Jitterbug Perfume:

“The beet is the most intense of vegetables. The radish, admittedly, is more feverish, but the fire of the radish is a cold fire, the fire of discontent, not of passion. Tomatoes are lusty enough, yet there runs through tomatoes an undercurrent of frivolity. Beets are deadly serious.”

Journey Through a Still Life with Woodpecker

Still Life with Woodpecker is a love story at its core. You’ll become familiar with Robbins’ affinity for redheads, he himself being one, and his obsession with something he calls “pyramid power.” The story follows its heroine, Leigh-Cheri, a fiery redhead princess in exile with an environmentalist agenda.

Leigh-Cheri’s life changes forever when she attends an environmental conference in Hawaii, where she meets self-proclaimed outlaw Bernard Mickey Wrangle. The two fall instantly in love as they dish on global issues such as climate change, the importance of the pyramid in Egyptian mythology, and the all-important question of how to make love stay.

Robbins relates these massive themes through a delicate but humorous tale of forbidden love between a princess and an outlaw, and their journey to save, or sometimes simply exist in, the world.

Here is one of my favorites quotes from Still Life with Woodpecker:

The Skinny on Skinny Legs and All

Skinny Legs and All follows a newlywed couple, Ellen Cherry Charles and Randolph “Boomer” Petway. The story begins with “Boomer” driving his Airstream, which has been customized in the image of a turkey, to Seattle to express his love for Ellen Cherry and win her hand in marriage. The two had dated previously, but Ellen Cherry had moved away to Seattle to pursue his painting career.

Boomer’s roaming turkey is enough to convince Ellen Cherry to marry him and with her career going nowhere in Seattle, the two decide to make the cross-country move to New York City. Along the way, they stop for a “picnic” in a seemingly random cave in the desert. When spooked by unseen movement in the cave, the two human characters depart hastily, leaving behind a spoon, a dirty sock, and a can of soup.

What ensues is an intimate look into the unseen lives of inanimate objects that challenges the reader to accept that there is “more than meets the eye” when it comes to many of your most common household items. In a comic and perspective-shifting tale, Robbins dives into the history of organized religion, the pitfalls of religious dogma, and the power of the genius waitress.

Here is one of my favorites quotes from Skinny Legs and All:

“Inanimate objects, destined to spend their existence in outwardly passive and obedient behavior, understood perhaps more sharply than humans that true freedom was an internal condition not subject to the vagaries of politics. Freedom could not be owned. Therefore, it could not be appropriated. Or controlled. It could, however, be relinquished.”

Departing from his common use of a female heroine, Fierce Invalids Home From Hot Climates follows the random misadventures of Switters, a colorful, opinionated, and self-proclaimed CIA “angel”. When assigned a mission in South America, Switters’ grandmother persuades him to bring her pet parrot along in hopes of releasing him into the wild.

His journey into the South American jungle brings him face-to-face with a modern-day medicine man, but due to unfortunate circumstances, Switters leaves this encounter paralyzed from the waist down. Unable to touch the ground, Switters returns home and must confront some serious changes to his lifestyle.

What follows is a period of self-discovery, his disavowment from the CIA, and a freelance mission that lands him in the middle of a nunnery in the middle of the African desert. As usual, Robbins’ story weaves in large themes, such as the importance of fun, the power of psychedelics, and the idea that a seemingly minor encounter can create a ripple effect that changes many lives in the process.

Here is one of my favorites quotes from Fierce Invalids Home from Hot Climates:

“And so he came to recognize that there were two kinds of people: those who were curious about the world and those whose shallow attentions were pretty much limited to those things that pertained to their own personal well-being. He concluded further that Curiosity might have to be added to that list of traits–Humor, Imagination, Eroticism, Spirituality, Rebelliousness, and Aesthetics–that, according to his grandmother, separated full-fledged humans from the less evolved.”

Robbins is a Master of Comic, Purposeful Storytelling

While I can’t tell you just what you’ll get from reading Tom Robbins or whether his humor will make you laugh out loud the way it repeatedly does for me, I can tell you that each of Robbins’ books contains deeper themes about life, love, and the nature of humanity.

I sincerely hope you enjoyed my synopses of these selections from Tom Robbins. I highly recommend his storytelling to almost anyone. In fact, I can’t really think of someone to whom I wouldn’t recommend him! If you have comments or questions about anything I’ve presented here, or you’d like to share your own experience with Tom Robbins, I’d love to hear from you!

Please don’t hesitate to drop me a line in the comments section below or to contact me privately!