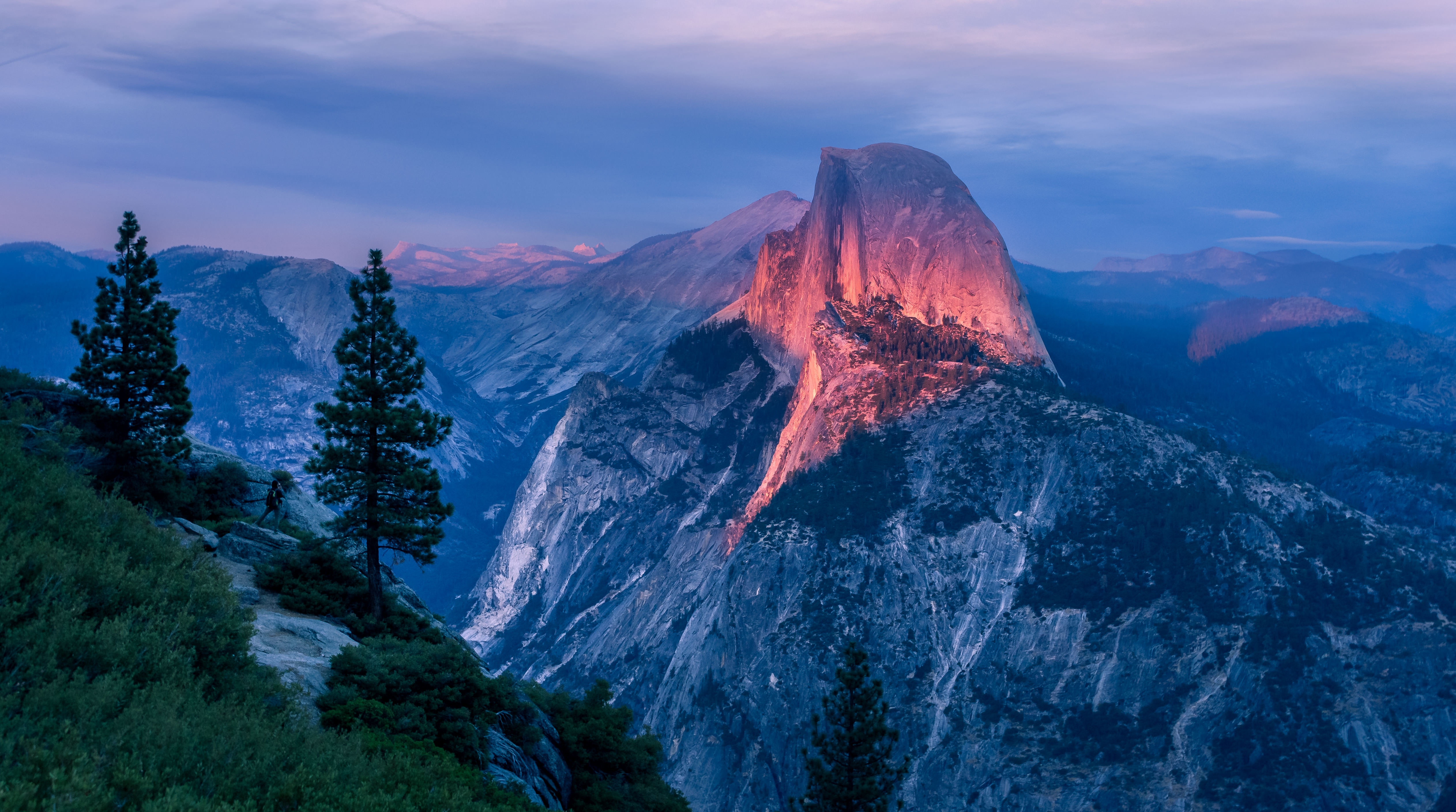 My Mom gifted me this short book for my 29 birthday earlier this year. Although John Muir never personally published his journal entries from his first walk to Yosemite and across the fertile valleys of California, Peter and Donna Thomas took the time to comb through the Holt-Atherton Special Collections at the University of the Pacific in order to compile the story. This is my review of the story that John Muir never wrote, Anywhere That Is Wild.

If you’ve never heard of John Muir and you don’t feel like this article applies to you, don’t worry! I’m not offended. But don’t leave so quickly! I’ve got plenty of other content you might enjoy, including Book Reviews, Writing Tips, and My Books! If you’re looking for a freelance writer to contribute guest blogs or ongoing paid content, please read through my Services and shoot me an email detailing your project!

How The Story Was Compiled

Because there was never a formal narrative from this earliest of Muir’s journeys, the Thomas’ did some painstaking work to track down and piece down the journal entries that made it possible for this book to come into form. For that, we should all be eternally grateful. While I mentioned their source at the University of the Pacific, they did not find an exact account of the trip there.

In fact, they used 13 different sources in which Muir made mention of his first trip across California. These sources include The Life and Letters of John Muir, “Rambles of a Botanist Among the Plants and Climates of California”, and Muir’s book, The Yosemite. The Thomas’ were kind enough to include a full list of their sources at the back of the book so that one might add to his or her reading list after finishing this short story, which is actually presented in the form of a letter to anyone who might be considering a visit to California. 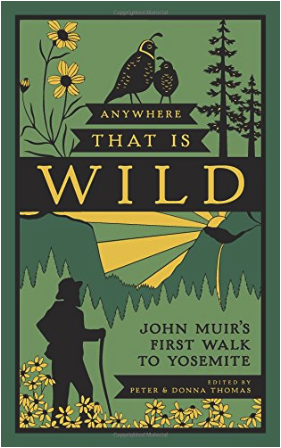 To set the tone for the letter, the Thomas’ chose a quote from Muir’s A Thousand Mile Walk to The Gulf:

“When at last, stricken and faint like a crushed insect, you hope to escape from all the terrible grandeur of these mountain powers, other fountains, other oceans break forth before you; for there, in clear view, over heaps and rows of foothills, is laid a grand, smooth, outspread plain, watered by a river, and another range of peaky, snow-capped mountains a hundred miles in the distance. That plain is the valley of the San Joaquin, and those mountains are the great Sierra Nevada.”

If you’re unfamiliar with Muir’s writing style, this quote gives you an idea of the eloquence of his prose. Maybe it doesn’t effect you quite so much as it does me. But he strikes me as the ultimate wordsmith, at least in terms of his ability to take an image of the natural world and paint it (in words) on a piece of paper for others to see.

Muir’s first walk to Yosemite started in San Francisco, but his journey just to get to California took a circuitous route indeed. Keep in mind that the Transcontinental Railroad through the Sierra Nevada had only just been completed one year prior to Muir’s first walk to Yosemite, but he didn’t elect to come to California via that route. Indeed, he actually began his journey in New York and started by making his way south to Florida, where he contracted malaria and was laid up for several weeks.

His initial intention was to continue into South America, build himself a raft, and set off the explore the length of the Amazon River. But his illness caused him to change his plans (fortunately for all of us conservationists out there!) and he decided to make his way to California instead. But he did so by boat, first hopping down to Cuba and then down and through the Panama Canal before making his way back up to San Francisco.

The First Walk to Yosemite

From San Francisco, Muir made his way across the bay to present-day Oakland before turning south. His route progressed south for a considerable distance as he wandered Santa Clara valleys and past the cities of foothills of Hayward, Fremont, Santa Clara, Milpitas, San Jose, Morgan Hill, and Gilroy.

At Gilroy, he got directions to Yosemite and made the turn east and started towards Pacheco Pass. Crossing over the pass, he dropped into the San Joaquin Valley, which he described as a “grand level ocean of flowers.” After crossing the valley, they progressed through Snelling and Coulterville and, finally, up into the Yosemite Valley. The trip continued in circuitous fashion through the valley and down into Wawona before turning back westward and coming through Mariposa before rejoining their original route back in Snelling.

It wasn’t the most friendly time of year to make the trip up into Yosemite and Muir’s journals tell tales of wading through six feet of snow at some points. Nevertheless, this journal compilation is a telling account of Muir’s first experience in Yosemite, the place he is so largely responsible for protecting. While Muir might lament some of the developments that have occurred in the valley since his time, some of his favorite sights (i.e. Bridalveil Falls, Half Dome, and El Capitan) still endure for the delight of all Yosemite visitors.

Go ‘Anywhere That Is Wild’!

“Just come and see what you can make of these great lessons of mountain and plain. Yosemite alone is worth the expense and danger of any journey in the world. It is by far the grandest of all the special temples of Nature I was ever permitted to enter. It must be the sanctum sanctorum of the Sierra, and I trust that you will all be led to it.”

I hope you enjoyed this brief review of John Muir’s Anywhere That Is WIld! 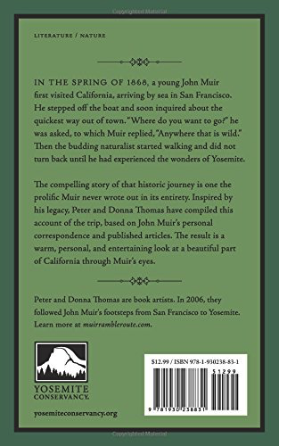 I loved reading this book and imagining how the central valleys of California must have looked to John Muir compared to how I’ve witnessed them in my lifetime. It’s hard to read anything from Muir without feeling inspired to put the book down and go for a walk outside, but this short book is great to digest while traveling, as I blew through it on a short flight from Reno to San Jose, CA recently.

As a published writer who aspires to create more works of fiction, non-fiction, and poetry in the years ahead, I’m constantly in search of new ideas that help me hone my writing skills and get thoughts on paper. But I also recognize the importance of writing like there’s no one watching (or like no one is ever going to read it). This process helps us get our sincerest thoughts out there and to remain passionate about writing as a hobby.

Please leave a comment below if you are inspired, perplexed, saddened, or angered by any of the stories presented above. I welcome any and all comments and will do my best to respond hastily. I’d also encourage you to share this with others if you found it particularly insightful or helpful. Be sure to tag @ballisterwriting on Facebook or Instagram if you do!

Anywhere That Is Wild

14 thoughts on “Anywhere That Is Wild: John Muir’s First Walk to Yosemite”